How to conduct a successful wellness challenge at work

Researchers agree that there is a clear connection between physical activity, increased productivity, and less sick leave. That’s why more companies are making the investment in exercise. 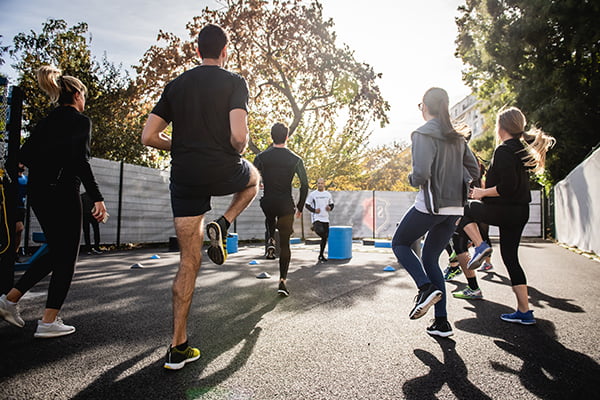 Researchers across the globe agree that there is a clear connection between physical activity, increased productivity, and less sick leave. Employees who exercise during working hours are just as productive, if not more productive, despite fewer working hours. That’s why more companies are making the investment in exercise.

An American study published in the Journal of Occupational & Environmental Medicine from 2011 showed that 2.5 hours of weekly exercise during working hours decreased sick time. A similar study from the Public Health Agency of Canada confirmed these findings, reporting a 20% decrease in sick leave among companies who actively promoted their employee health and wellness program. A British study from several years earlier showed that employees with gym access during their work day were more productive and said they felt better in general on the days they exercised.

An investment in wellness pays for itself

As a part of their employee wellness initiative, Swedish housing company Mimer gave an extra week of vacation to employees who exercised at least three hours a week. This commitment was an attempt to break the cycle of increasing sick leave. Employees who exercised more than four times a month received a free gym membership, and the company even hosted staff wellness conversations.

Two years after the project in 2018, sick leave had decreased by 30% and employees described feeling healthier in general. Fewer reported headaches, neck pain, stomach issues, said they felt tired or had issues sleeping. This project assisted the company to operate at a profit and with that also came increased renewed energy, job satisfaction, and pride amongst employees.

As early as 2008, researchers at Stockholm University examined the effects of allowing employees to exercise during their workday. A group that got to spend 2.5 hours of their workweek on physical activity reported accomplishing more and accumulated less sick leave.

The first part of the study examined the effect physical activity had on an individual level. A 21% decrease in sick leave was reported across participating workplaces. The second part of the study looked at the effects of exercise on an organizational level, with a primary focus on productivity levels. It turned out that employee groups maintained or even increased productivity during the same period year-over-year. This again, was achieved despite working fewer hours.

The social media platform Hootsuite's founder Ryan Holmes wrote in a well-known column a few years ago that employers have a lot to gain from offering generous corporate health care benefits and wellness stipends. He coined the term, “Companies that sweat together, stay together” and went on to demonstrate how the culture of movement and active employees became paramount to his company’s success.

He wanted to shed light on the statistic that a staggering 80% of American adults don’t do the 2.5 hours of recommended pulse-raising activity each week. He remarked that “it’s hard to maintain a robust team if people are dying of preventable heart diseases, cancers and respiratory afflictions because they’re out of shape.”

The article quickly went viral and would soon inspire many companies to invest in health and exercise as a part of their company culture. Together, we can take long-term responsibility for people’s well-being in and outside work, laying the groundwork for a sustainable society.