When the experience becomes the reason - BMW moves with joy

Earlier this year, software company Vitec implemented a wellness initiative to motivate employees to exercise regularly. With the pandemic pushing us to work from home, people have been moving less than normal. The challenge was well-received and another round is in the works. 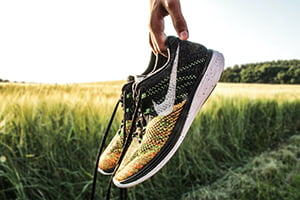 Consulting Manager Massimo Mondini at Vitec was the one who set up the initiative. He tells about how it happened:

– A colleague of mine suggested the paceUP! app and after a quick evaluation we found the timing to be perfect for this type of activity. A paceUP! activity can range from a yoga session or long walk, to an intense spinning session. This meant that everyone could participate and get active with the activity of their choice.

As employees earned paceUP! points in the app, their progress was converted into charity donations. The different groups competed against each other and the winning team with the highest average score had the honor of choosing a charity organization for the donation.

Why did you choose to compete against each other?

– Promoting regular exercise is extra important, especially when working remotely made us even more sedentary. During the company challenge people increased their exercise level - regardless of whether they worked out regularly before the challenge or not.

How long did the competition run?

– We chose to run the challenge for 1.5 months, which felt right for us. The advantage of a slightly longer challenge is that you allow time for employees to create a routine around exercising.

How many teams and employees participated?

– 109 out of 140 employees participated, which is a fantastic turn-out! Maybe it was the charity goal that created such a great commitment. Or maybe it was simply competing to become the department with the highest average score. One thing is for sure - it was a lot of exercising! We almost doubled our original goal of a daily 30-minute walk.

How much did you move together?

– It was an exciting competition all the way to the end. Our management team pulled away early and appeared to be the sure victors. But a couple of departments stepped it up in the end and after an incredibly exciting sprint on the final day, "Sales & Marketing" stole the win. An impressive achievement for this underdog team!

But the big winners are really everyone at Vitec who got excited about exercising more. That was our overall intention of this wellness initiative.

The winning team was awarded all the donations to go to a charity of their choice. The total was 20,000 SEK which the winning team chose to distribute between the Brain Foundation and the Cancer Foundation.